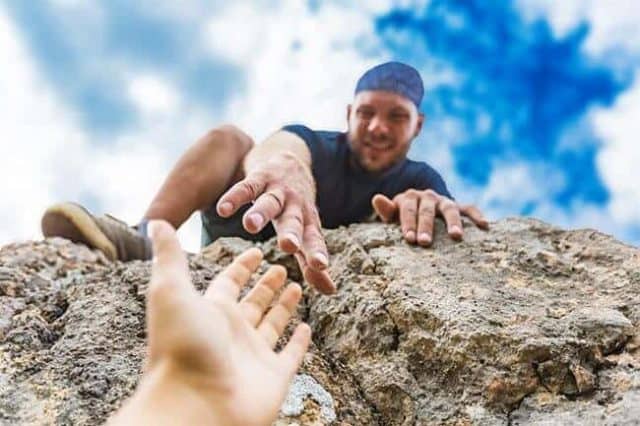 When you’re facing your possible demise, you’ll do whatever it takes to keep yourself and, more importantly, your family out of harm’s way.

A powerful, but simple statement that the vast majority of people happen to agree with.

Research and history have proven time after time that being part of a survival group enhances your chances of escaping the long, dark reach of the grim reaper. Even if you’re a loner and find it difficult to put your trust in a bunch of total strangers.

I’m going to spend the better part of this article to prove the following statement beyond any doubt:

Joining (or starting) a survival group will noticeably improve your chances to keep safe.

But there’s a catch.

Let’s say that you are a loner by nature.  First you’ll have to understand why joining a survival group benefits you.

How does a group behave during trying circumstances?

Let’s take a look at the 2010 Haiti earthquake. We are interested in its aftermath, more exactly. It’s effect on the native people.

It sounded like a tornado, followed by a bomb dropping.

…said Frantz Florestal of Atlanta who witnessed the catastrophe during his visit to Port-au-Prince.

Haiti’s economy and stability was a nightmare to begin with. Over 70% of its population lived under the poverty line. Add a 7.0 Magnitude quake that struck close to the capital city and you have a recipe for disaster.

According to some sources, the earthquake triggered a “frenzy of looting”. It all turned out to be isolated events in the end. The “frenzy” was nothing more than a bunch of people that were suffering from starvation, thirst and poor hygiene. People that were trying to get a piece of bread and a glass of clean water for their dirty, bloodied, surviving children.

But this is how most of the locals chose to respond to the catastrophe: “Rescue efforts began in the immediate aftermath of the earthquake, with able-bodied survivors extricating the living and the dead from the rubble of the many buildings that had collapsed.”

Dr. Chris Cocking who specializes in group behavior analysis, along with his colleagues John Drury and Steve Reicher, have been examining what the psychologists call collective resilience. This is what Dr. Cocking has to say after taking a look at incidents from the past 4 decades : “In emergencies, the norm is cooperation. [..]Selfish behaviour is very mild and tends to be policed by the crowd rather than spreading”

Their study of mass behavior during emergencies (listed in the Resources section at the bottom of the article) also mentions this:

Mutual concern and helping was widespread while personal selfishness was rare.

Yes, you may argue that there are various circumstances that will influence your group survival chances one way or another. Quite possible.

Terms like mass panic, shock, stampede and looting fly very loosely during an emergency. This happens in part because these are some of the reactions to the catastrophe. But also because the people reporting point out these isolated incidents first. Mainly because they carry a higher emotional impact and make you relate better to an event that might take place thousands of miles away from where you are.

These are a few of the more important factors that influence group survival:

An analysis of the World Trade Center terrorist attack found that:

classic panic action or people behaving in an irrational manner was noted in [just] 1/124 (0.8%) cases

Before looking at some of the features that make a survival group more likely to save your hide, we need to ask 2 questions. Yes, we really do:

This is what you have to do:

Some survivalists feel safer when they join a local or online survival group, even if there is no looming danger. Some of the reasons for joining such a group are:

Before you start looking for things such as tinfoil hats and conspiracy theories, hear me out.

Planning in advance has been proved time and again to give you a better chance at success. You plan to succeed, not to fail. Businesses, governments, and organizations across the world plan in advance for desired outcomes and against potential failure of those plans. Survivalism is no different, there is power and merit in planning against potential hazards. Just ask FEMA.

How To Find A Prepper Group

Some other groups that you might be interested in are homesteading, wilderness survival, mountaineering, hiking, camping and navigation groups.

Connect With People You Can Trust

Trust is the most precious currency you can have circulating in your survival group.

Here’s how to promote trust in your group:

You Can Easily Start Your Own Group

Your survival group. Your rules. Your people.

So how do you go about convincing other people to join your newly minted survival group?

I’ll give you a few suggestions that have a lot of merit:

Here are a couple of ways how you can keep your survival group more active, useful and entertaining.

There is no right or wrong way to do this. Almost every type of scenario is allowed, as long as it doesn’t offend participants, doesn’t incite them to do dangerous or illegal things in real life. Everyone needs to understand it is just a game or drill meant to be fun and prepare you at the same time:

Use your group’s knowledge & strengths

Hold special sessions where your group experts teach the others how to organize their survival supplies, put together a bug out bag or design a comprehensive emergency plan. Some examples would be a hunter teaching others how to snare a rabbit, a nurse showing the correct way how to dress a wound, etc.

Not everything has to be about prepping.

Meeting people for a barbecue, forest games and outdoor sports will benefit your group tremendously. You’ll form stronger connections, build trust, learn how to work as a team in any kind of setting and have fun while doing all that.

As you probably know by now, Survival Report prides itself in analyzing most, if not all of the angles that are relevant to the article we’re writing. That includes views that are opposed to our own. You know, just to keep things fair.

In this case it is reasons why you should not join a larger survival group. Some of the most common reasons are:

We actually have one, wait, two things in common with people that harbor these beliefs:

So, we do not want to criticize these people. After all, we do share some beliefs. But we courteously disagree with their projections of what will happen during and after a disaster.

The mass psychology of disasters and emergency evacuations by Dr. John Drury and Dr. Chris Cocking Department of Psychology University of Sussex

How to survive a disaster by Michael Bond

10 Facts About The Haiti Earthquake 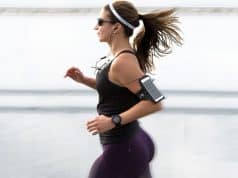 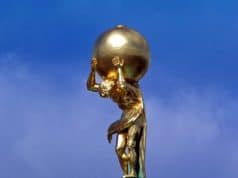 11 Ways How To Outsmart A Master Manipulator

Survival Report is both a news and opinion article website. We will always make the distinction obvious and let you know whether you are reading news or an opinion piece. Please read the Disclaimer for more info. Survival Report is not affiliated with Microsoft Corporation, nor claims any such implied or direct affiliation. All other trademarks are the property of their respective owners.
Survival Report is a participant in the Amazon Services LLC Associates Program, an affiliate advertising program designed to provide a means for sites to earn advertising fees by advertising and linking to amazon.com
Contact us: [email protected]
© Survival Report 2018